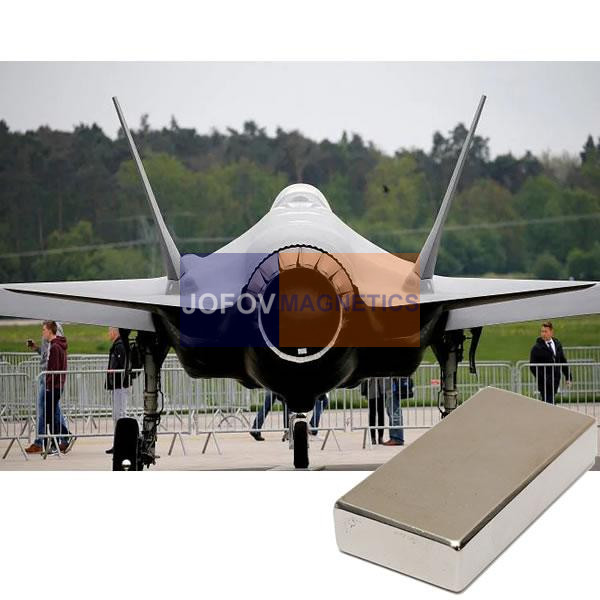 The U.S. Pentagon found that the magnets in the turbine pumps of a new batch of F35 stealth fighter jets produced by Lockheed Martin illegally used Chinese-made alloys and ordered the other side to suspend deliveries.

A U.S. official said Wednesday that the magnets used in the stealth fighter engine were made of unauthorized materials from China. Lockheed Martin, which makes the jet, said: “The problem is related to the magnets on the F-35 turbines made by Honeywell, which contain cobalt and samarium alloys.” Chinese magnets, which have been exempted by former Defense Department officials.

He stressed that the suspension of deliveries “will not interfere with the operation of F-35s already delivered to the U.S. military and overseas partners because the magnets do not transmit messages or compromise the integrity of the aircraft, and there is no performance, quality, safety or risk, etc.”.

“Once the problem was discovered,” Gomel said, the F-35 program office “identified alternatives that could be used in future turbine alloy materials.” The suspension of delivery of F-35 fighter jets is only a precautionary consideration. F35 Fighter Magnet

The Defense Contracts Agency and the F-35 Program Office cited U.S. law and the Pentagon Acquisition Regulations, saying that the use of special metals or alloys produced in “certain countries” is strictly prohibited under the Defense Federal Acquisition Regulations. These countries include China, Iran, North Korea and Russia. The Defense Contracts Administration notified the F-35 Program Office of the violation on August 19. F35 Fighter Magnet

As the “ace equipment” touted by the US military in recent years, the F-35 fighter jet has had constant problems since its service. In 2011, when the F-35 fighter jet entered service, problems such as engine failure, oil leakage, failure of the wing folding device and integrated circuit system were exposed. In 2014, a fire broke out at the rear of the cabin. In 2016, the aircraft’s thermal insulation material shattered and peeled off, causing damage to the fuel tank. In 2017, the aircraft was exposed to a malfunction of the oxygen supply system, resulting in a lack of oxygen in the pilot cabin. In 2018, the aircraft crashed for the first time due to a faulty engine oil pipe. In 2020, the aircraft was found to be damaged by the burning of the tail flame when flying at supersonic speed. In 2021, the aircraft’s engine turbine blades have problems. The above failures and accidents have caused the grounding of F-35 fighter jets in different ranges. Frequent groundings have “frustrated” the U.S. military’s combat power. F35 Fighter Magnet

In recent years, the U.S. military has been busy “patching” the F-35 fighter jet, but even after multiple rounds of patching, the aircraft still has hundreds of problems that have not been resolved, including multiple “Class A defects” that threaten the lives of pilots. The F-35 fighter jet was grounded again in recent days. According to US media reports, due to serious problems with the ejection seat, the US Air Force and Navy successively grounded more than 100 F-35 fighter jets at the end of July, including three types of A, B and C. It is worth noting that the subsequent impact of the grounding caused by the ejection seat may be further fermented.

So how long should my permanent magnet last?
Your permanent magnet should lose no more than 1% of its magnetic strength over a period of 100 years provided it is specified and cared for properly. There are a few things that may cause your magnet to lose its strength:

HEAT
Heat above the maximum level rated for the magnet material in your separator will decrease the strength of the magnet. Standard rare earth material from JOFOV has a maximum temperature of 176°F and standard ceramic material has a maximum temperature of 400°F. Higher temperature materials are available and may have been used in your system. Consult the factory if you have questions on what the maximum temperature is for your system.
IMPACT
Sharp impacts to the magnet from physical abuse or handling can result in the decreased magnet strength. The magnet material inside your separator is brittle and these impacts can lead to fractures in the material, weakening its strength.
WELDING
Welding on or around the magnet can lead to decreased magnet performance. This can be a result of the heat or current generated from the welding process.
LIQUID INGRESS
If your magnet housing is compromised, moisture can enter the housing of the magnets. This can lead to oxidation of the magnet material which will eventually lead to a weakened magnetic system. If the housing is compromised, the magnet should also be replaced for sanitary concerns.
Metal Control Systems Audit
It is always best to consult a magnet professional while specifying your magnet.

In addition to being JOFOV certified Metal Control System Auditors, our entire Regional Management Team has also been HACCP certified, enabling us to provide the most knowledgeable assistance in the industry with regard to food safety. We believe that earning this certification allows our team to provide more value to our customers, adds an additional layer to our audit program, and demonstrates our dedication to upholding industry standards and education on this important topic.

JOFOV accomplishes all this through customer education and Metal Control System Audits. These regularly conducted audits provide a comprehensive picture of a facility’s metal control system and provides proof of HACCP compliance and required documentation.